Should you create a responsive site or a native app? (image courtesy okalkavan)

The big question right now is: should we invest in creating a web site for our project using responsive design, or should we commission a native app to be developed instead? In this post we'll explore at the pros and cons of each approach, and how to decide which solution is appropriate for your project.

A native app is a standalone program developed for a particular consumer platform, such as Apple's iOS on iPhones and iPads, Google's Android, or Microsoft's Windows 8. These apps are typically found and downloaded using a store app on the device, which allows users to browse and download both free and paid apps.

Each approach has its own benefits and shortfalls, and the decision as to whether you invest in a responsive site or a native app depends on your particular circumstances, budget, target audience, project goals and requirements.

Before embarking on a new mobile project, there are many considerations the project stakeholder must first examine.  Important factors include:

Recently MDG Blog released a useful infographic to illustrate the differences between each approach, which we have included here.

Responsive sites and native apps often have vastly different development times. A simple responsive site can be created and up-and-running within a week or two, but often native apps require a much longer time frame for development due to higher complexity and testing requirements. Another important factor is the approval process often required by the stores which will provide the app for download or purchase. First the app needs to be submitted to the store for review before it can be made available for download, a process which can often be very time consuming.  Changes and updates to a responsive site can be made available instantly on the web server. 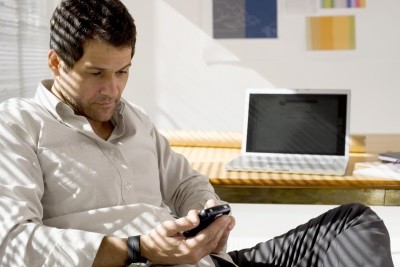 Who will be using your responsive site or native app?

Who you are targeting with your project is probably one of the most important considerations before deciding which method to use.  Remember that native apps are part of the consumer market, and as such should be created with this group in mind. Taking a look at the infographic above, you can see that whether a site or an app is preferred by the user depends on the task involved. Shopping, searching and entertainment is primarily the domain of sites, whereas navigation and connection tasks are favoured by app users.  Another important factor is that a responsive site requires an internet connection whereas a native app can operate offline.

Related to the target audience are the goals you are hoping to achieve with your project, along with the content you will deliver. As mentioned above, certain tasks are better suited to sites as opposed to apps, and vice versa. You will need to closely examine your target audience, the content and experience you want to deliver to them, and what goals you will achieve by implementing this project. Whether creating an app or a site, it is also worth closely examining the competition to see if there is a niche to exploit, or if the market is already saturated. 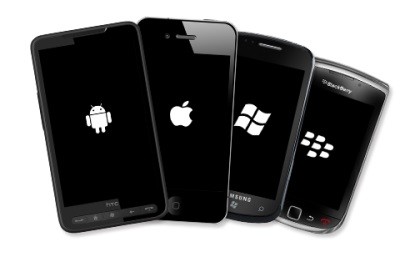 An important consideration for the project is platform compatibility. This also has a huge bearing on the development time, cost and project budget. With a responsive site, you develop a single site that works across a huge variety of devices, such as Macs and PCs, tablets and smartphones of every make and platform, be it iOS, Android or Windows. With a native app, a separate version needs to be developed for each platform as they are incompatible with each other, i.e. you will need to pay to develop one app for iOS, another app for Android devices, and also a third app for the growing Windows Phone/Tablet market.  This can be a significant investment in development.

What Is The Best Approach?

Ultimately, there is no correct approach as it depends on your circumstances and budget. We firmly believe that a responsive site is the best option as it allows you to target a far greater audience on more devices for significantly less expense. If your project is particularly content-driven, and you want to reach the most people for the best price, a site is the way to go. If you want your users to have a richer experience and you have the budget to match, go for an app.